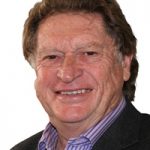 Cllr Ray Nottage (left), Christchurch Councillor and chairman of the new Shadow Authority for Bournemouth, Christchurch and Poole, has shared his reasons for championing the creation of the ‘Future Dorset’ project.

‘Future Dorset’ put forth a proposal for the creation of two new unitary authorities. This change to our local government is set to come into place on 1st April 2019.

Currently, our Dorset communities are looked after by nine different authorities. The plan is to replace these authorities with two unitary councils for all of Dorset – one for urban areas (Bournemouth, Christchurch and Poole), and one for rural (the rest of Dorset).

Four years ago, Cllr Nottage was instrumental in drawing up the ‘Future Dorset’ proposal, as the nine local council leaders in Dorset “came together with ambition, vision and objectivity in recognising the huge financial challenge facing the county”.

He claims the recent difficulties faced by other local authorities, such as Northamptonshire County Council, only serve to highlight the benefits of our new unitary authorities.

Earlier this year, Northamptonshire County Council was declared effectively insolvent. Recent reports show that it has been forced to impose emergency spending controls for the second time this year. The authority’s dire financial state is forcing job losses and service cuts – and it’s the people of Northamptonshire that will suffer as a result.

The government has had to step in, and Northamptonshire will have no choice but to split into two unitary authorities.

Unlike in Northamptonshire, where this has been implemented as an emergency measure, we have the benefit of many years of careful planning, designed to best serve our local Dorset communities.

By planning ahead and ensuring our councils don’t live beyond their means, we will avoid the devastating cuts that are currently being faced by the less fortunate people of Northamptonshire.

“A great deal of work has to be done from now to April 2019 in shaping the brand new BCP Council, those fortunate enough to be elected in May 2019 have a huge opportunity of delivering better services to their communities.”

Let us know your thoughts!

We want to hear what you think about the upcoming changes to our local government. Let us know in the comments below!