As well as its Summer Beach Party, Paultons Park has unveiled a new, themed attraction, as well as two new rides at Peppa Pig World.

From Friday 13th July, the Summer Beach Party will offer children the chance to sing and dance along with Bruce the lifeguard, Shelly the turtle and Manta the ray. Show times are available on arrival, as well as on the Paultons Park app, which also lists summer opening hours and ride queue times.

Miss Rabbit’s Ice Cream Parlour in Peppa Pig World is now offering Donut Delights (doughnuts topped with ice cream – sign us up for one of those!), the Coffee Station is serving iced frappés, and the Railroad Diner now has fish and chips on the menu. 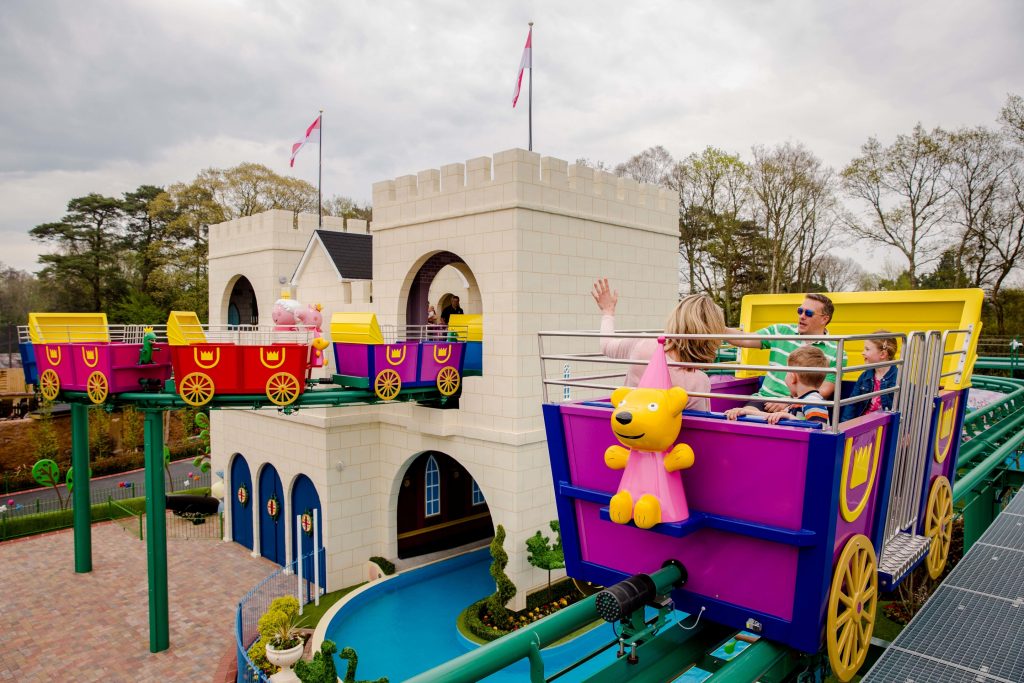 The two new rides at Peppa Pig World, which launched earlier this year, are the Queen’s Flying Coach Ride (a monorail ride offering a bird’s-eye view of the park) and Grampy Rabbit’s Sailing Club (a cruise along the new water route around the base of the Queen’s Castle, and trip to Pirate Island).

You can find more information and book tickets here.