As Dorset Police nears the end of its summer drink driving campaign, BH Living, and other members of the press, were invited to spend an evening with some of the officers policing our roads.

The six-week campaign, which aims to crack down on drink driving, will name and shame anyone caught driving under the influence.

Officers from Dorset Traffic Police, working alongside the No Excuse team, are patrolling the roads. Anyone stopped for committing a moving traffic offence – which ranges from driving without a seatbelt, to having a broken brake light – can then be breathalysed. The offender will face court proceedings if found to be over the limit, after which time their custody photos will be publicly released.

As I arrive for my evening out on the roads, I’m introduced to the officers and given a tour of their cars. Each is equipped with an ANPR (automatic number plate recognition) camera, an Air Max box on the inside (this, I’m told, is basically a black box, which feeds information back to HQ), and Cleartone time and distance meters, used to calculate the speed of the car in front.

It doesn’t take long before we’ve pulled someone over for the offence of excessive smoke; that is, when a vehicle’s exhaust smoke poses a danger to other road users. The thick, black clouds could be a result of using illegal fuel, one of the officers tells me. They carry out a vehicle check over the radio, to see whether the car is insured, taxed and holds a valid MOT certificate.

The driver’s identity is verified and his breathalyzer test comes back clear, so all that’s left is for the officer to advise him to have his exhaust looked at and send him on his way.

Something that comes as a surprise to me is the increasing prevalence of drug driving. I’m shown what officers use to test for the presence of cannabis and cocaine in a person’s system. If an initial drink or drugs test comes back positive, the person is arrested and taken to the police station for a blood test. 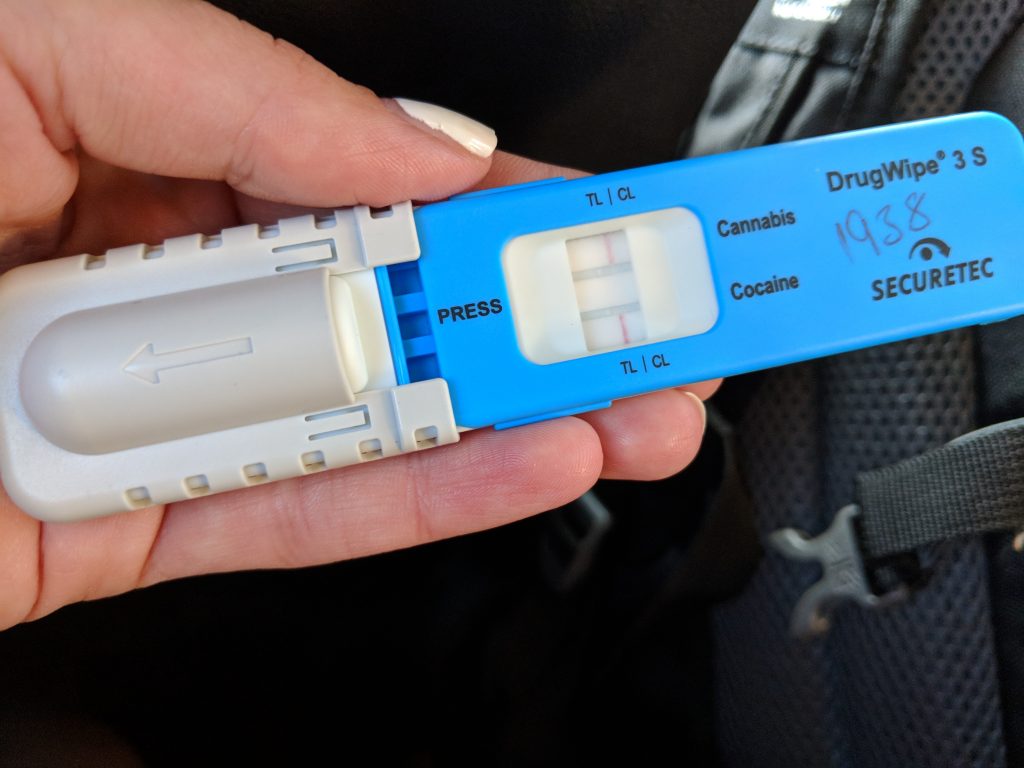 A drug wipe. This is wiped across the tongue and tests for cannabis and cocaine.

Throughout the course of the evening we stop two uninsured cars. Driving uninsured results in immediate seizure of the vehicle, 6 points and a £300 fine. On top of that, owners must pay a fee for however long the vehicle is in storage, along with a final recovery fee. 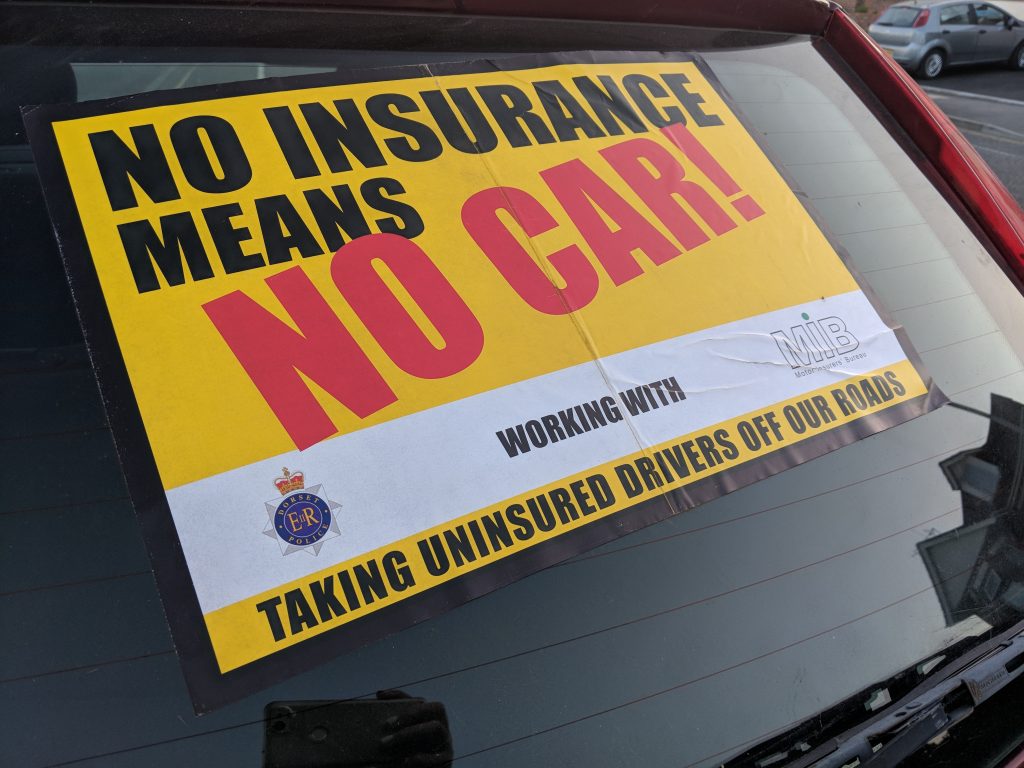 It’s an eye-opening experience being out on the roads and the officers I’m with are both very candid. They’re clearly passionate about keeping our roads safe and share their frustration at the occasionally negative public perception of what they do. Responding to often serious or fatal collisions, they’ve seen first-hand how simple decisions can make the difference between life and death.

One of the people we stop is driving without a seat belt. It’s at the officer’s discretion whether the driver receives a £100 fine (and no points) or has to complete an online educational course. On this occasion, the course is recommended – a clear indication of the emphasis that is placed on educating road users to become better, safer drivers, rather than simply trying to catch them out.

The summer drink driving campaign is no different and signals a proactive approach to policing.  Its main aims are to raise awareness and prevent death and injury on the roads. High-profile times like summer and Christmas are targeted, owing simply to the increase in potential for risk-taking.

I’m told that in the vast majority of drink driving cases, the decision to drive under the influence is an impulsive one.

The safest thing to do is plan ahead. If you’re going to the pub and you know that one drink is likely to turn into many, make other arrangements. It’s simply not worth the risk to yourself and others.