The Ocean Film Festival World Tour is back for 2018, bringing five nights of inspirational ocean-themed films to Dorset this autumn.

The Ocean Film Festival began in Australia, with the aim of inspiring people to explore, respect, enjoy and protect our oceans. This year’s selection of films features daredevil surfers riding the world’s biggest waves, and explores the incredible hidden depths of the planet’s oceans.

Now in its fifth year, the UK tour is set to be the biggest one yet. Tour Director, Nell Teasdale, says: “We’re really excited that more people than ever before will be able to celebrate their love of the ocean with our largest tour to date”.

“Through stunning cinematography and mesmerising storytelling, audiences can expect to be wowed by the magic and mysteries of the world’s oceans…coming at you through the big screen!”

As well as enjoying spectacular films, audiences will have the chance to enter a free prize giveaway, to win some ocean-related goodies.

Dorset-dwellers can catch the film festival on the following dates:

For more information and to buy tickets, click here.

Highlights from the 2018 Ocean Film Tour: 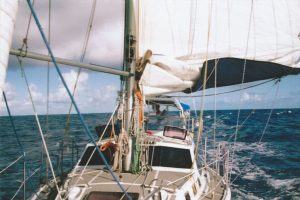 This film tells the story of Steve, a New Zealander living in London, who built a 44ft yacht in his back garden, with plans to set sail to his homeland. 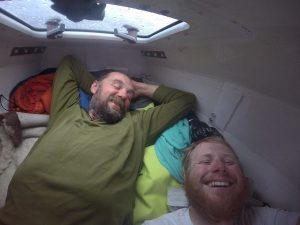 Touched by the Ocean

Latvian friends, Karlis and Gints, plan to become the first ever team to row across the South Atlantic Ocean, from Namibia to Brazil. All they have is a second-hand rowing boat…and no rowing experience whatsoever! 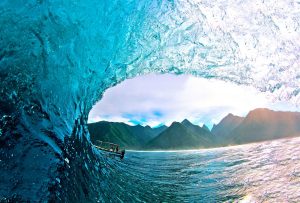 Follow a tight-knit crew of top big wave surfers, as they work together to attempt to ride the world’s biggest wave. This is a candid, no-holds-barred account of the power of the ocean and a quest for ultimate personal glory.