Growth in the UK economy fell in the last quarter with a number of contributory factors thought to be responsible. 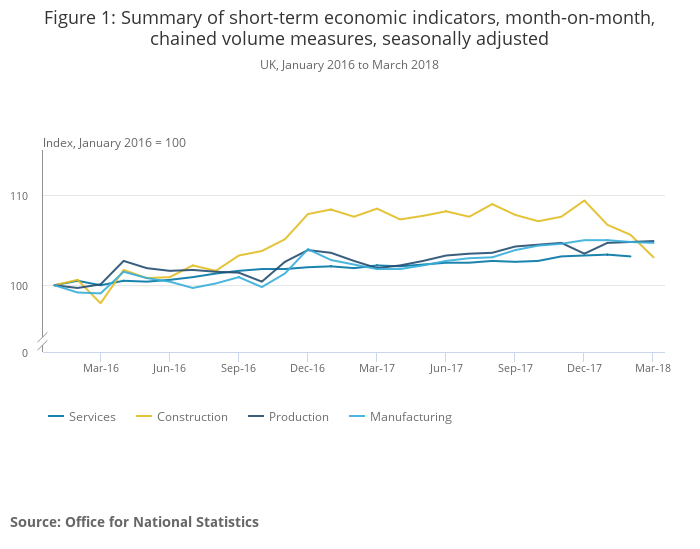 The UK economy was broadly stagnant for the first quarter of 2018 with total growth amounting to only 0.1%. Many economists and government figures have attributed the disappointing figures down to anumber of factors: An early Easter which hit retail sales, the demise of Carilion hitting the construction sector and the poor weather during February and March with heavy snow leaving many parts of the country unable to work, in turn damaging UK productivity.

“Today’s figures support previous estimates showing the economy was very sluggish in the first quarter with little impact overall from the bad weather.

“Manufacturing was broadly flat throughout the first quarter following several months of strong growth, with no evidence that the bad weather hampered UK factories as both domestic and international sales stalled. Machinery, transport and computer manufacturers all saw their output grow. This was largely offset by falling production of electrical equipment and oil refining”.

Despite finishing 2017 on a high, the construction sector saw output fall sharply and although there is some evidence that the recent adverse weather conditions had a negative impact on construction activity in both February and March 2018, a large portion of the fall in Quarter 1 2018 was due to a sharp 2.6% decline in January 2018. 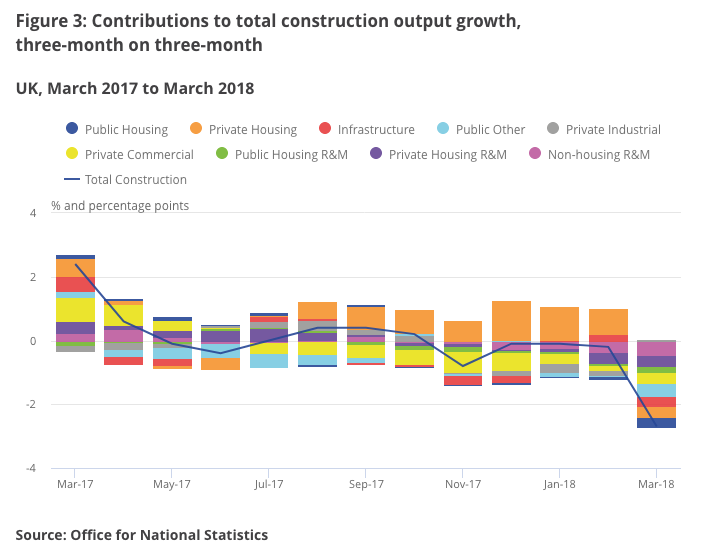 One silver lining was that the UK trade deficit with the rest of the world fell in the first quarter with reduced imports of ships, clothing and aircraft from outside the EU, but even here there is evidence to suggest this might be a momentary blip as the trade deficit increased well above market expectations to £3.1billion.

Trade figures for the second quarter are due to be published in June with many eyes focussed on overall productivity, particularly in the construction sector which had previously been the powerhouse of UK growth in 2017.