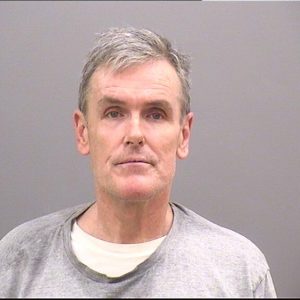 A fraudster who posed as a hitchhiker and persuaded Good Samaritans to hand over cash has been jailed.

Paul Wayne James, aged 48 and of no fixed abode, appeared at Bournemouth Crown Court on Friday 20 April 2018 after admitting two offences of fraud by false representation.

He was sentenced to 12 months in prison for each offence to run concurrently.

At around 1pm on Friday 24 November 2017 a woman aged in her 50s was driving near the Cartgate roundabout on the A303 near Yeovil in Somerset when she saw the defendant walking along the side of the road wearing a leg brace and holding his thumb out.

The woman stopped and offered to give him a lift. James told her a story about his vehicle running out of petrol and his breakdown company not coming to his aid because he was towing a trailer and was not covered for commercial vehicles. He said he was trying to get back to Penzance in Cornwall.

The woman agreed to give him a lift to Tesco in Dorchester and then withdrew £300, which she gave to James to help him get home.

He took her bank details and promised to pay the money back but he never did.

At around 12.30pm on Sunday 31 December 2017 a man aged in his 30s was travelling south along the A37 toward Dorchester when he saw James hitchhiking. Again his leg was in a brace and he was carrying a petrol can.

He gave a similar story about running out of fuel and said the towing company was going to charge him £800 to get his vehicle back to Cornwall but he just needed £30 or £40 for fuel.

The victim gave James a lift to Tesco in Dorchester and gave him £40, which the defendant said he would repay but he never did.

James also asked for two similar offences in Somerset to be taken into consideration when he was sentenced.

Police Sergeant Tony Skeldon, of Dorchester police, said: “Paul James exploited people’s good nature for his own gain by giving a false story and persuading them to lend him money, which he never paid back.

“I am glad we have been able to bring the defendant to justice for these offences and I would urge anyone with concerns in relation to this case or similar offences to contact police on 101.”