Recent research by The Office for National Statistics (ONS) shows that in 2017, an estimated 29.2 million adults drank alcohol in the week before being interviewed for the ONS Opinions and Lifestyle Survey.

The latest data reveals that men are still more likely to drink alcohol than women but the gap is narrowing. Looking at drinking habits by age, those aged 45 to 64 years were more likely to report drinking alcohol in the previous week.

Since 2005, teetotalism has increased among those aged 16 to 44 years confounding some critics who point to the younger age groups as being the nation’s heaviest drinkers. Teetotalism has actually reduced among those aged 65 years and above.  Over a fifth of the UK population now appear to be non-drinkers with 20.4% of survey respondents reporting that they did not drink alcohol at all. 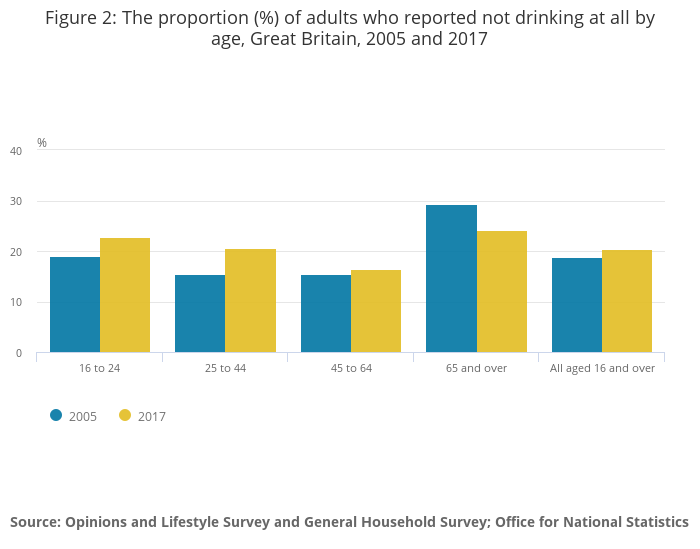