A scam involving private sellers of vehicles locally has come to light and Police are looking for people who can identify the suspects. They have also issued a warning to local sellers to beware. The scam has happened as recently as April of this year and involves individuals posing as interested buyers replying to classified ads on places such as Gumtree and eBay. A recent incident was recorded by Police on Alder Road, Poole.

Officers are releasing CCTV images of three men suspected of being involved in the scam involving second hand cars in Poole. 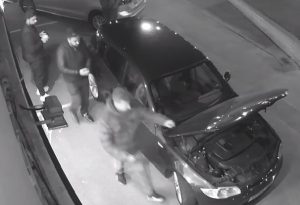 The incident happened in the evening of Thursday 13 April 2017 on Alder Road.

The victims – a man and a woman from Poole – had advertised their BMW for sale on eBay, when they received a request from a man to view the vehicle. 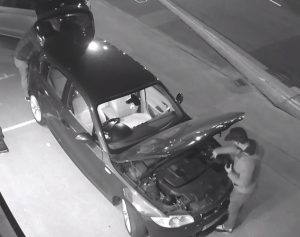 Three men are reported to have attended the address and distracted the sellers, while one of them poured oil into the coolant system. The group then took the car on a test drive and it began to smoke. The trio reported the fault to the victims and offered to buy the car for far less that it was worth. The victims declined the offer. 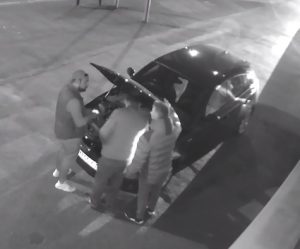 Police Constable Steve Boston, of Dorset Police, said: “We have had a number of reports over recent months of scammers distracting private car sellers and pouring a substance, normally oil, into the coolant system and causing the vehicle to smoke when being test driven. The scammer then offers to buy the car for a much lower price.

“I would like to hear from anyone who can identify the men pictured or who has any further information.

“I’d advise anyone selling or planning to sell their car to be aware of anyone operating as described and to report anything suspicious to police.”

Anyone with information is asked to contact Dorset Police at www.dorset.police.uk, via email 101@dorset.pnn.police.uk or by calling 101, quoting occurrence number 55170053927. Alternatively contact Crimestoppers anonymously on 0800 555111 or via www.crimestoppers-uk.org.