Every year without exception with the cold dreary nights still clinging on their winter grip, the Mayflower Theatre Southampton somehow manage to put on a show which lifts you into a fantasy world of theatre shutting the winter away, last night was no exception with the opening night of the ballet “The Sleeping Beauty”. 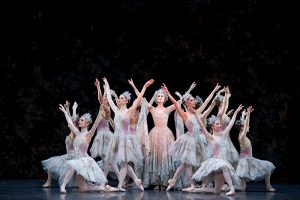 Many have read what follows, “The Sleeping Beauty is transformed into one of the grandest ballets ever created” – and last night (Wednesday 31 January) was the opening night of its week-long run in Southampton where we were all enveloped into its dazzling enchantment and charm with this outstanding performance by the highly acclaimed Birmingham Royal Ballet.

With its classical score by Tchaikovsky, this, his second ballet, was completed in 1889 with its original choreography by Marius Petipa. In this production nothing has been left to chance, its magical wizardry and spectacular virtuoso dance routines the fairy tale characters come together in a dazzling performance which has enchanted audiences for over 100 years.

Both the choreography and costume design are stunning, all the performers deserve immense credit but none more so than Princess Aurora who last night was performed by Dance Principle Momoko Hiratahave (not shown). The sets for this production are simple yet outstanding playing their own part in the production, in particular the forest scene helped create immense depth and feel to the production.

This month The Mayflower celebrates its 90th Birthday since the laying of its foundation stone, to help them celebrate we do recommend this is one ballet you really try to get to see this year, it will be a great visit to the theatre. 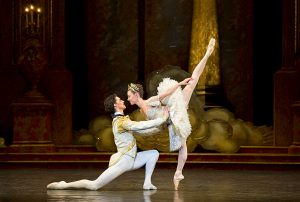 The performance is a 2.45 hours with two intervals, the current tour has started here in Southampton where it runs until 3 February, after that it travels to Birmingham, Salford, Cardiff and finally Plymouth ending its run on 24 March 2018.

Our leads for the Performance in Southampton were:

The Sleeping Beauty runs at Mayflower Theatre Southampton from Wednesday 31 January until 3 February 2018, further information and to book tickets contact the box office on 023 8071 1811 or visit their website www.mayflower.org.uk