The enchantment of Swan Lake truly delivered last night in a stunningly delightful performance of Tchaikovsky’s romantic ballet which was performed by the Russian State Ballet of Siberia at the Pavilion Theatre Bournemouth. 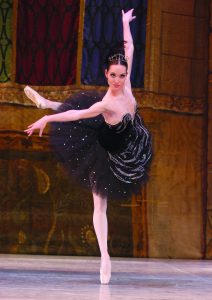 Formed in 1981, it has quickly established itself as one of Russia’s leading ballet companies and has built an international reputation for delivering performances of outstanding quality and unusual depth; this performance came at the end of a three night stay in Bournemouth where they also performed Coppelia and The Nutcracker.

Swan Lake is a ballet that has it all, romance, beauty, betrayal and tragedy. This performance in four acts had simple yet effective scenes portraying the majestic splendour of the prince’s castle and the enchantment and romance of the moonlit lake which graced us with a portrayal of peace and tranquillity as a flight of swans graced across the stage.

As you would expect the costumes were splendid the choreography timed to perfection and clearly a lot of thought had gone into this production. The music was a live orchestra which in my opinion is an essential part of any Opera or Ballet, increasingly some shows now use soundtracks and they may have reasons for that but you can tell as you then lack the depth and acoustic pleasure a live orchestra brings. This said at last night’s performance the music did not quite have the depth I would have expected but this in no way spoiled the performance. 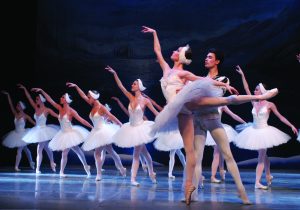 You can always judge a performance by the applause at the end and last night you could tell they had a highly appreciative audience here in Bournemouth and very deservedly so!

We are very lucky in our town; we have two excellent theatres which continually put on a superb mixed variety of plays, musicals, concerts and dance. You can view all the shows coming soon at the BIC/Pavilion on their website at www.bic.co.uk

Footnote: Before last night’s show we went into Subway in Post Office Road, sat down enjoying their own Subways was some of the cast, it goes to show however talented these performers are we all human and all like fast food occasionally, it was a lovely sight seeing them relaxing.