The RSPB in Dorset announce that Autumnwatch 2016 will be broadcast live from their RSPB Arne nature reserve, from Monday 24 – Thursday 27th October, BBC Two. 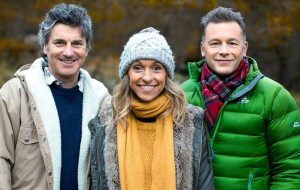 Autumnwatch returns to celebrate its tenth year. Across the four days, Chris Packham, Michaela Strachan and Martin Hughes-Games will be bringing viewers the very best and the very latest wildlife action from across the country.

This year we will be at the new, stunning location of RSPB Arne in Dorset, in fact we like it there so much we are staying for both Autumnwatch and Winterwatch in January 2017. The season has got off to a record breaking start already so this Autumnwatch promises to be spectacular.

Morwenna Alldis, spokesperson for RSPB Arne, said: “We’re thrilled that RSPB Arne has been chosen as the home of Autumnwatch 2016. This nature reserve is one of the most wildlife rich places in the UK and hosting this flagship programme is a fantastic opportunity to share with a much wider audience, the magic of this special place.

For over 50 years the RSPB and its dedicated members and partners across Purbeck, have worked together to put nature back in the landscape. Hosting the show is a fantastic acknowledgment of everyone’s hard work over past five decades.

Throughout the week viewers will see all the very best nature stories from the area, and hear from people from our different partner organisations, demonstrating that if everyone works together for nature we can make a significant difference to its future.

We also want to inspire people, of all ages, to give nature a home where they live. With just a few simple changes to our gardens, greenspaces or even window boxes, we as individuals can help wildlife. The recently published 2016 State of Nature Report illustrates that this can’t come soon enough for our declining UK wildlife. But with the public’s support, together we can make things even better for both nature and for people”

Situated on Poole Harbour, this is officially the most biodiverse region in the UK – there are more species of animals and plants within ten miles of Wareham, than anywhere else in the country.

There are three reasons this area is so good for wildlife which make it a superb location for Autumnwatch: 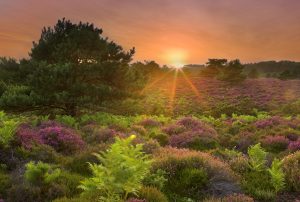 Rob Farrington, Visitor Experience Manager at RSPB Arne said: “I still remember the first time I visited RSPB Arne as a child; what I saw and where I went. Twenty years later and the reserve can still take my breath away and surprises me. Even being on the reserve for much of my working week, I still stumble across corners that I’ve never seen before. For me, there’s no other landscape that’s so engaging and I’ve never experienced a day at RSPB Arne on which I haven’t discovered something new and amazing about its nature.

“RSPB Arne is a very special place for both people and for wildlife. Its staggering mix of habitats along the Arne peninsular, make this nature reserve internationally important for nature. The RSPB and its members at RSPB Arne care for habitats such as, wet and dry lowland heath (a habitat rarer than tropical rainforest), ancient oak woodland, saltmarsh, mudflats, fresh and salt water reedbeds, farmland and even sandy beaches. The nature reserve is also surrounded by one of the largest natural harbours in the world. It is this mix of habitats that create such an explosion of wildlife at RSPB Arne and we are very much looking forward to sharing this remarkable nature reserve with a much wider audience through the live broadcast of Autumnwatch this October.”

The current scheduled broadcast Times are:

You can keep up-to-date with all of RSPB Arne’s news by following and liking RSPB Arne on Twitter, Facebook and the webpage: