Detectives investigating the murder of Michael Freshwater continue to search for 23-year-old Kevin Suika from London. 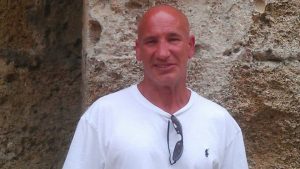 Last week, officers arrested a 28-year-old man from Southampton on suspicion of assisting an offender, conspiracy to supply class A drugs and money laundering in connection with the murder. The man has since been    released on bail until August 26 pending further enquiries.

The Major Crime Team continue to ask for public assistance in locating Kevin Suika. Have you seen him?

Kevin is 23 years old and described as:

Black
Proportionate build
5 feet 7 inches tall
Tattoo on his left arm that reads: ‘Work like a slave, eat like a king.’

The police believe Suika has links to Gloucester, Southampton, Holloway, Bromley and Kent.

“This remains an active murder investigation. Suika knows we are looking for him and he should also know, we will not stop until we find him.”

“Anyone found to be harbouring Suika or assisting him in avoiding arrest should be warned that they are also committing an offence and may liable to a prison sentence.”

“If you have information as to Suika’s whereabouts please call Hampshire Constabulary on 101, in confidence, and quote Operation Windless.”

Crimestoppers is offering a £10,000 reward for information leading the arrest and conviction of the persons responsible for Michael’s death.