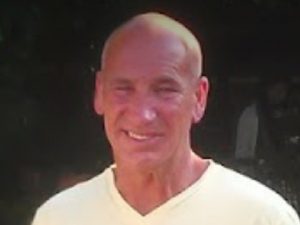 Detectives investigating the death of a baby boy from Boscombe, Bournemouth have today charged a man with his murder.

At around 3.30pm on Friday 8 April 2016, police received a report from the ambulance service that a baby had been taken seriously ill at a flat along Carysfort Road.

A three-month-old boy had sustained injuries and was conveyed to Royal Bournemouth Hospital, before being taken to Southampton General Hospital for specialist treatment. Sadly, Julian Hinz was pronounced dead at 5.10am on Saturday 9 April 2016.

His death was treated as suspicious and a murder investigation led by the Major Crime Investigation Team was launched. Yesterday (Tuesday 3 May 2016), Julian’s father – 33-year-old Robert Edmond Hinz of Bournemouth – has been charged with murder and will appear before Bournemouth Magistrates’ Court today, (Wednesday 4 May 2016).

Detective Inspector Richard Dixey, of Dorset Police’s Major Crime Investigation Team, said: “Following a thorough and detailed investigation, we have consulted with the Crown Prosecution Service who has authorised the charge of murder. “Family liaison officers have updated Julian’s family with this development and our thoughts are with them.  I would appeal for the family to be given privacy at this extremely difficult and traumatic time.”

Anyone with information should call Dorset Police on 101 quoting incident number 8:226. Alternatively, call the free and anonymous Crimestoppers line on 0800 555 111 where mobile phone tariffs may apply.