The North Bournemouth Corridor – Is now the time to seriously discuss the Christchurch bypass?

For what seems an eternity, some say plans go back over 70 years, the Christchurch bypass has been a subject which has divided opinion in the town by politicians and environmentalists alike but it seems no one else. Indeed it would seem Dorset County Council based 26 miles away in Dorchester never had the appetite for a multi-million pound project which would benefit no one else in Dorset apart from those living in Christchurch. With LGR (Local Government Reform) now taking place there is a strong argument that the pendulum has swung very much in Christchurch’s favour. 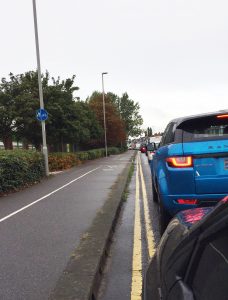 This week, indeed for the next nine months, we have seen a glimpse of the chaos that potentially could fall on our area within the ten years unless a strategic plan is put in place. There is no hiding the fact with the vision many have for our areas future, the North Bournemouth corridor will undoubtedly see a substantial amount of growth in traffic.

Let’s look at the current plans, not individually but collectively. The new 875 home development of Roeshot Hill in Christchurch, along with the new School at Fairmile, potential building on brown field sites in the town centre and the plans to increase the out of town industrial areas at the airport. Increased airport traffic, the development of Wessex Fields off Castle Lane, the now confirmed growth of the Royal Bournemouth and Christchurch Hospital and finally the planned increase capacity at the local AFC Bournemouth football ground. Only then can you see there is only a certain amount of increased traffic the current Spur Road and A35 Barrack Road/Iford Roundabout can take.

When we look at the Bournemouth Traffic data profile* we currently see an average daily traffic count of 66,374 on the Spur Road at Cooper Dean and 23,818 at Iford Roundabout much of it would be traffic originating from or going towards Christchurch. For Christchurch we see Bargates showing the same figure as Iford at 23,818 clearly indicating this is Christchurch generated through traffic, and for Blackwater we see a figure of 51,037. These figures clearly show neither the A35 through Christchurch nor Iford/Castle Lane West can continue to sustain this increase in traffic we are now seeing.

Wessex Fields on the border with Bournemouth and Christchurch

Bournemouth/Christchurch park and ride scheme of which land on the spur road is available, including the land at the quarry. Environmentally sound bus links to these areas then become viable, safer bike lanes again is also a possibility and both ideas would drastically reduce the amount of traffic going into Christchurch and the North Bournemouth corridor. We have seen in other towns and cities, like Salisbury that out of town P&R’s do indeed attract more footfall traffic into town centres, a must for Christchurch.

Claire Bath, Christchurch Cllr (Con) told us that “Christchurch Councillors unanimously agree that a by-pass is long overdue for our town. Our roads are in gridlock which affects the local economy and the health of our 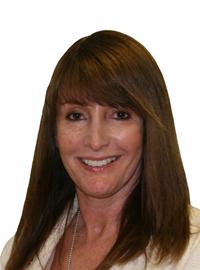 Recently we asked Dorset County Council to investigate the opportunity for a by-pass, their report findings showed that it would add economic benefit to our area, a key component of any funding streams from central government to deliver this much needed scheme. However Dorset County Council did not progress the plan.

Now that we will become part of the coastal conurbation council, this opens up greater opportunities to push for this to become a key economic priority to improve access to areas identified to economic growth locally. I will be fighting for this as a local Councillor in every way possible, it is very much needed and long overdue”

It would seem Christchurch now has a voice, it has some teeth. Lost in Dorset it was an outpost on the border with Hampshire, now as part of Bournemouth and Poole they now have an area with a population that is even greater than neighbouring Southampton, a city who if the truth be known is slightly concerned about the economically minded commercially thinking council waking up just to the west of it. Currently Bournemouth and Poole Councils which in turn will include Christchurch under the BCP Council next year, are seeking to join the new “Western Gateway” and this is ultimately where much of the funding could come from, Central Government who will not be able to forever ignore the need for greater improved road links from the M4 down to the local port of Poole and our local airport, a Christchurch bypass will be an essential requirement for that overall plan so is the time now for the areas current and future Cllrs to fully fight for it?

Dorset County Council previously conducted an initial consultation and put forward four possible routes for a new relief road. These were also discussed at local council level but were not progressed at that time. To view the possible routes click here.

What do you think? Email the editor or comment below.